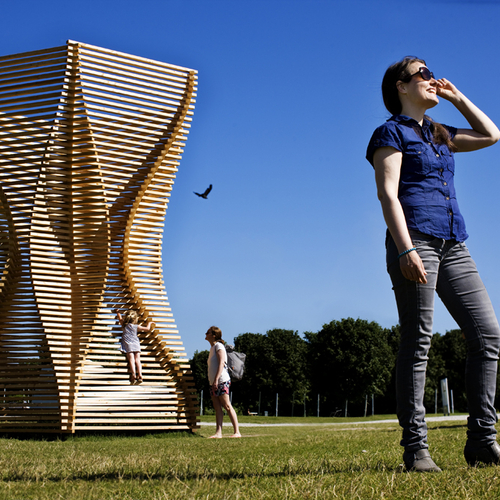 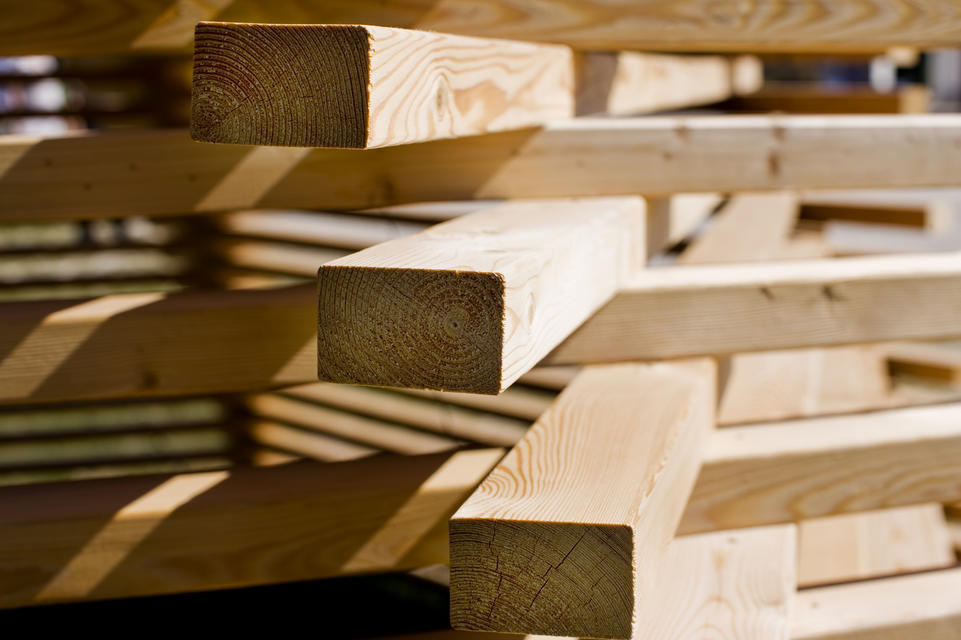 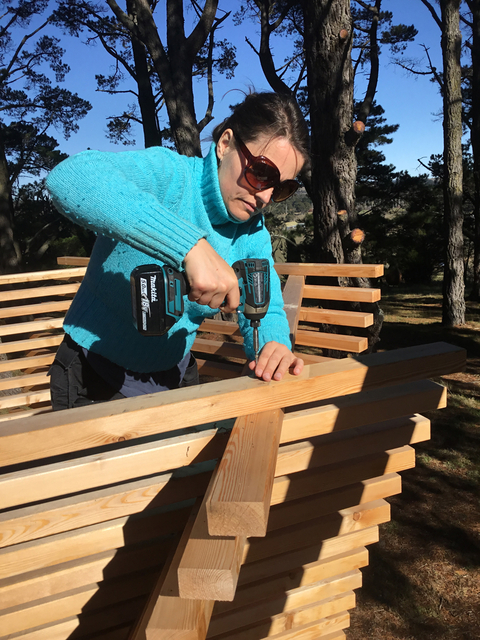 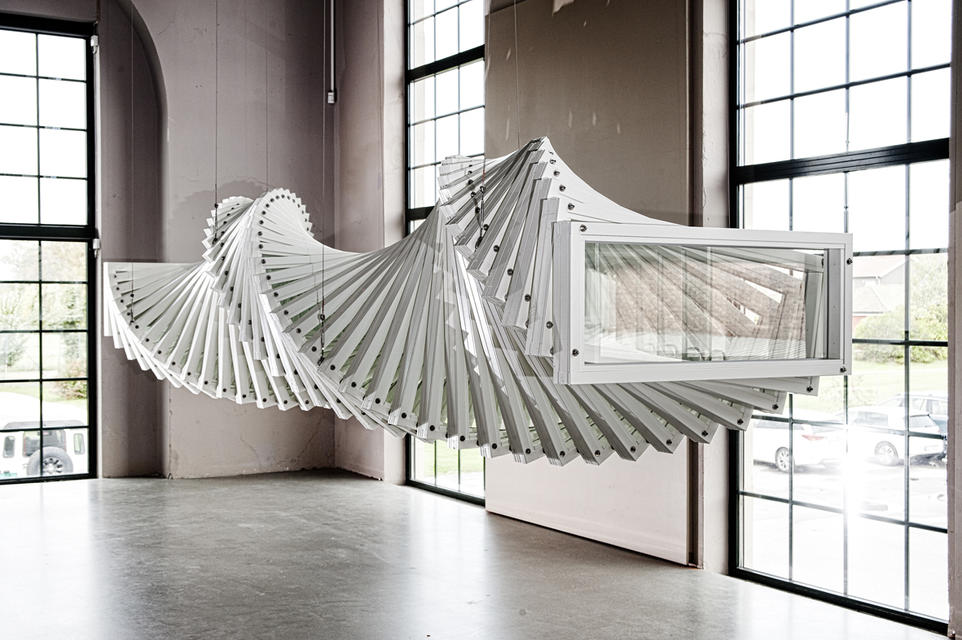 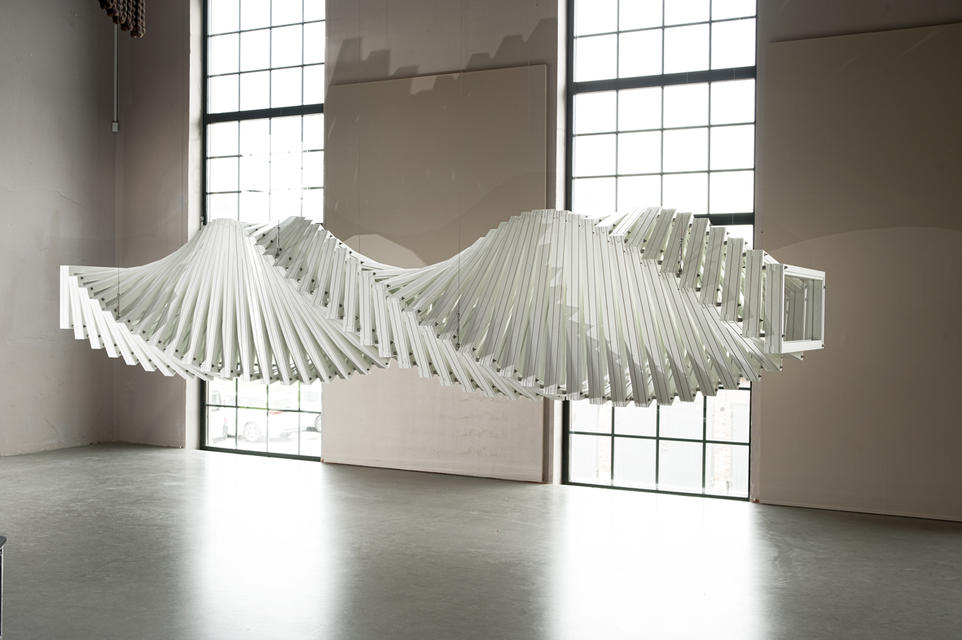 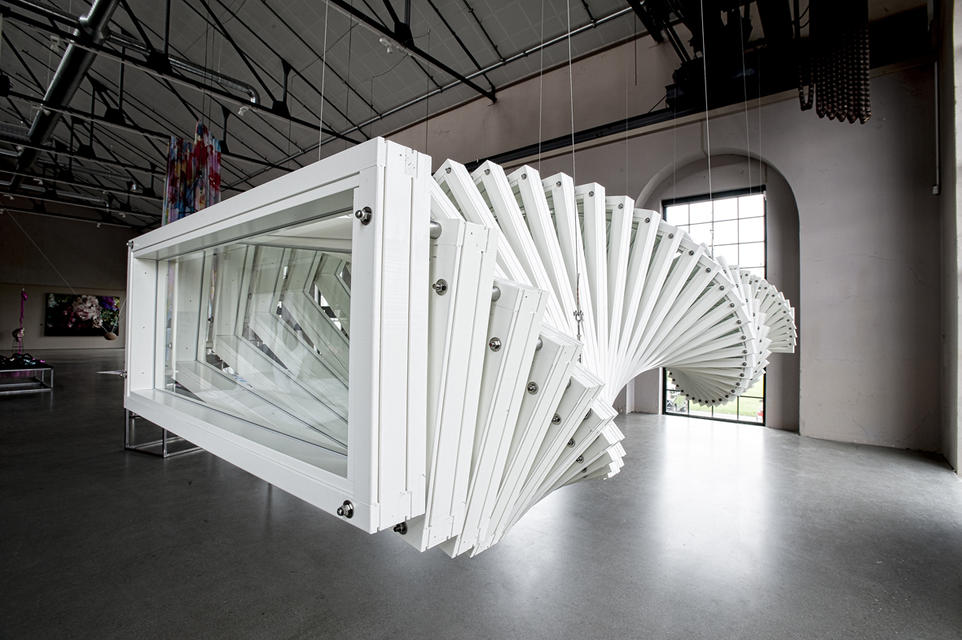 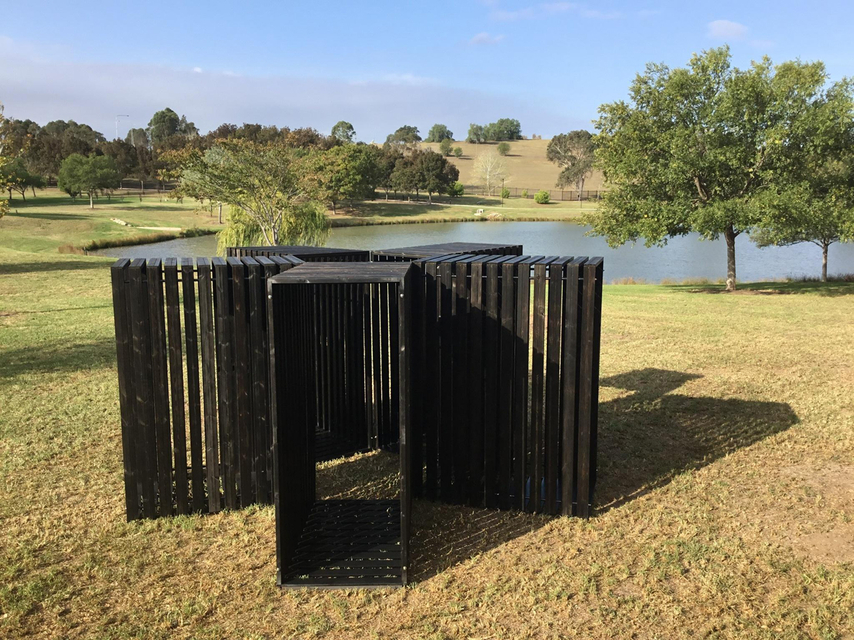 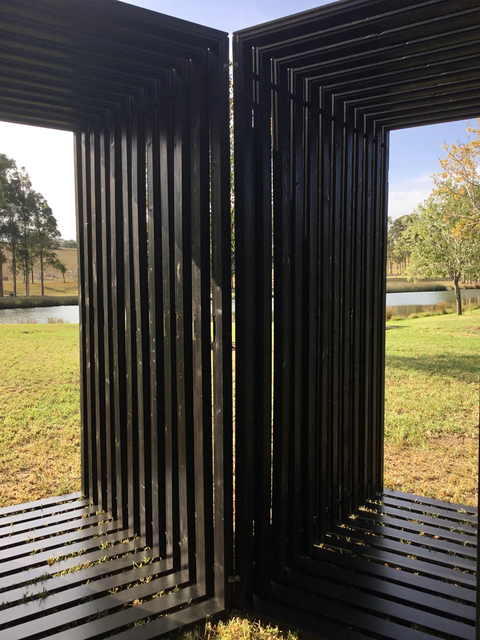 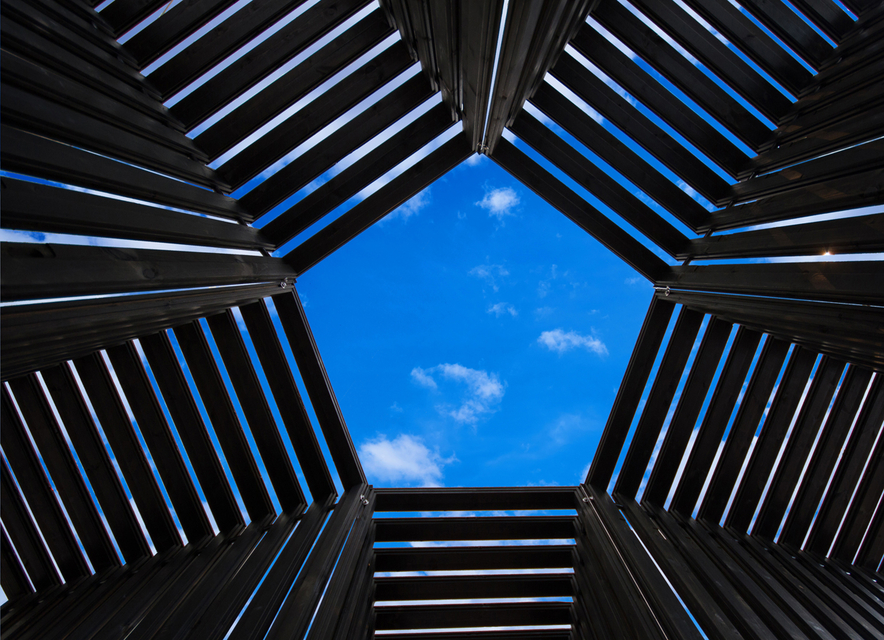 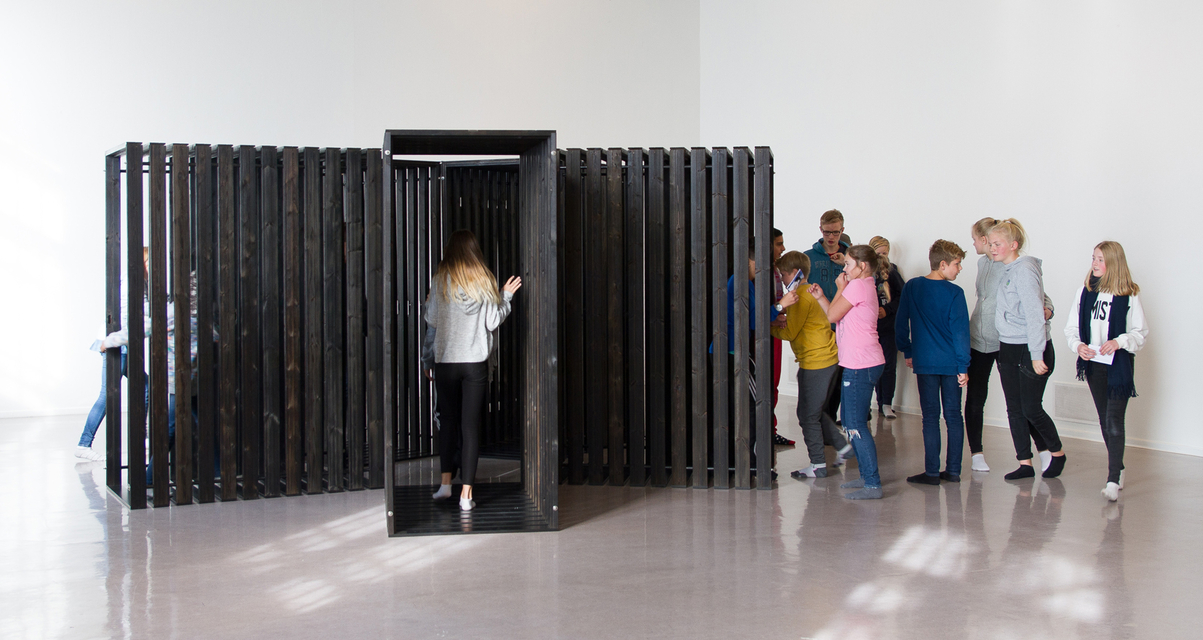 2012
In less than one minute - 60 seconds – our life can change completely. Playing with an “open door” as a metaphor for possibilities and challenges in life. "Upside down again" consists of 60 doorframes each twisting 3 degrees in an airy corridor until you visually enter upside down, 180 degree. The sculpture is very spatial and change totally from different point of view. It is both masculine and feminine consisting straight rectangle and curved spiral forms. Its smells wood and are tactile also for blind people. Its does have optical illusions, it seems like the wood is bending – but it is not. It is a play with form and imagination. Made of Nordic pinewood from Danish supplier. The sculpture was first time site-built and exhibited at Sculpture by the Sea Bondi 2012, Sydney Australia and later moved dismantled in sections to Perth, installed and exhibited at Sculpture by the Sea Cottesloe 2013. The year 2014 it travel back to be exposed at Western Sydney University Sculpture Award and Exhibition 2014 at Campbelltown Campus, where it later won Winner of Urban Growth NSW Peoples Choice Award 2014, same year it become coverimage/headliner for Sculpture by the Sea Cottesloe 2014, and their10 year’s anniversary in Perth (WA). Exhibited at Fresh Air 2015 in Gloucestershire, Great Britain, and when home in Norway directly purchased by art jury for Art in Public at Brattøra, Trondheim Municipality. Represented in books; Sculpture by the Sea 1997-2016, 20 years Australia and Art outside art inside, Public Art Trondheim 2010-2016, Norway. The sculpture concept has a history back from BIWF 2010, with first simple version Upside down, later second version more danish than expected Upside down II, Sculpture by the Sea Aarhus 2011. 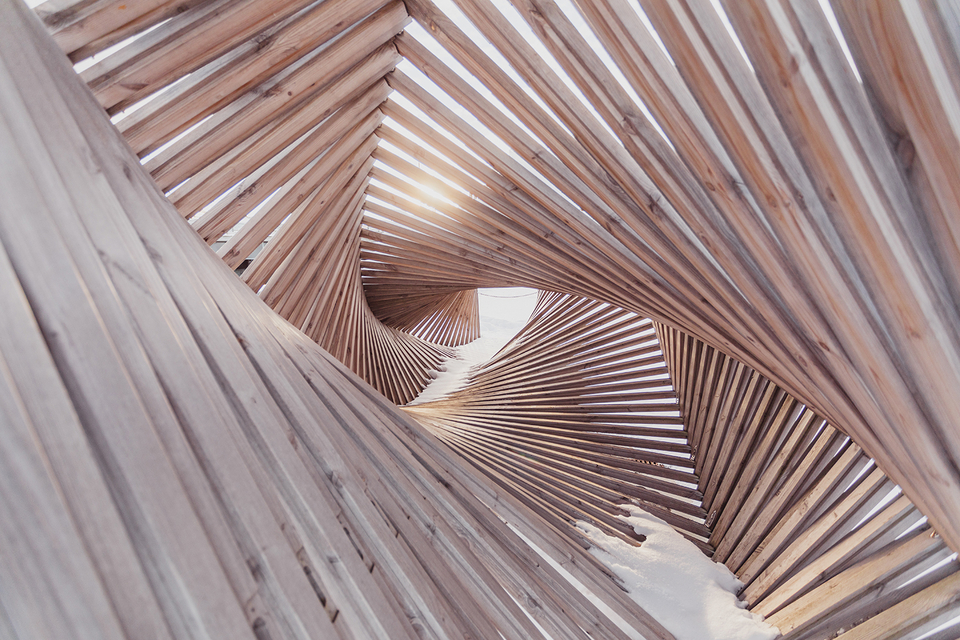 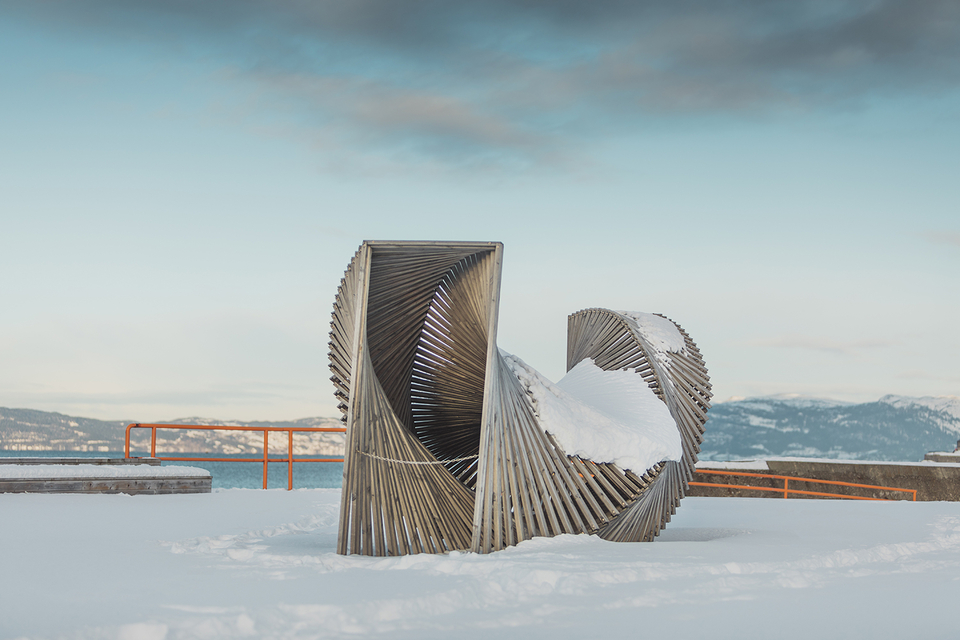 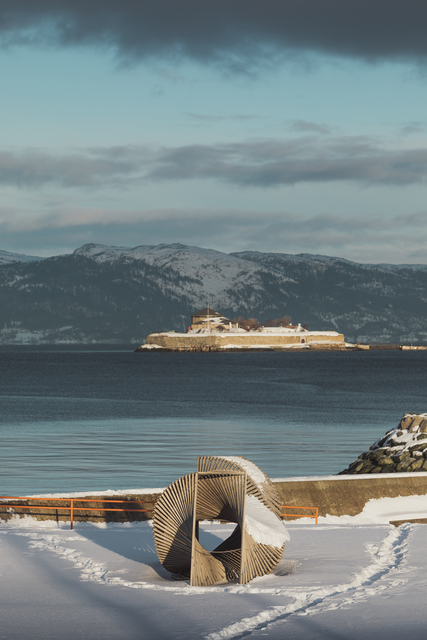 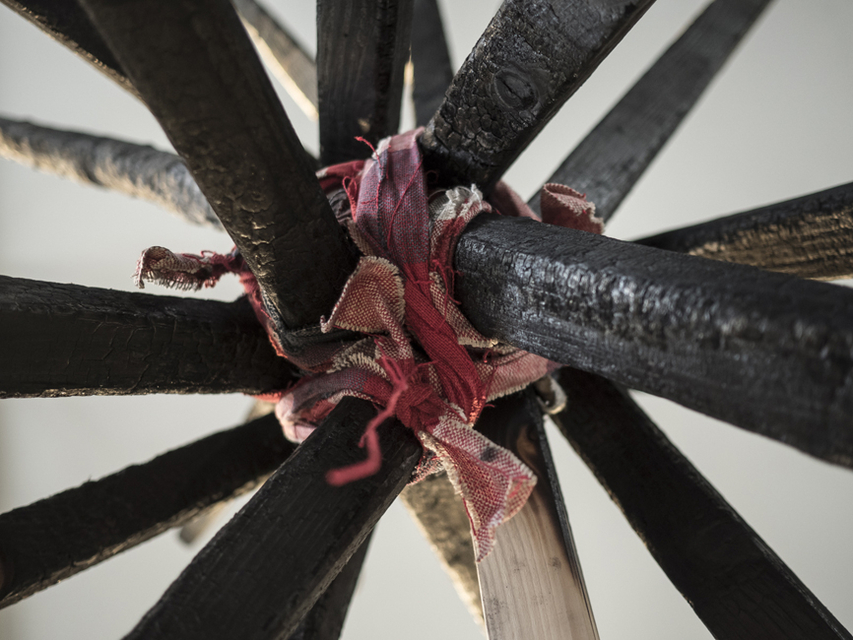 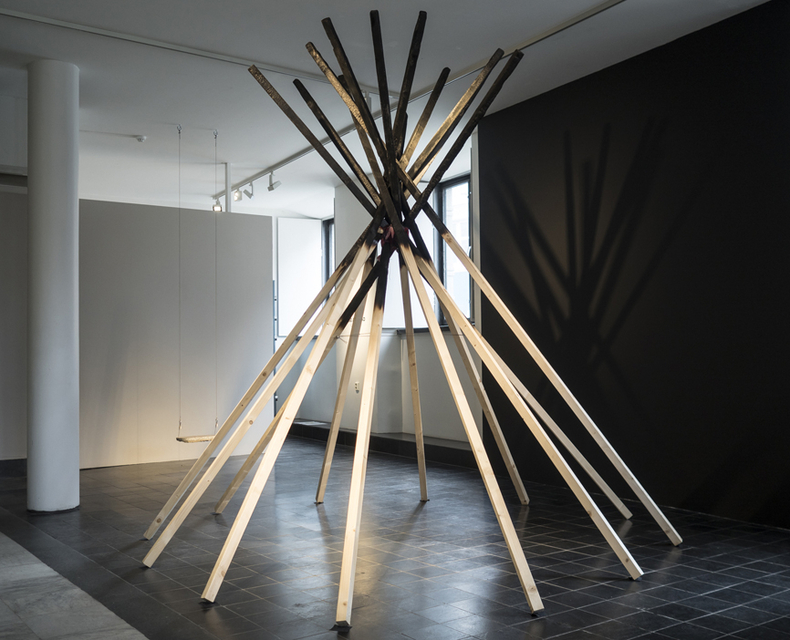 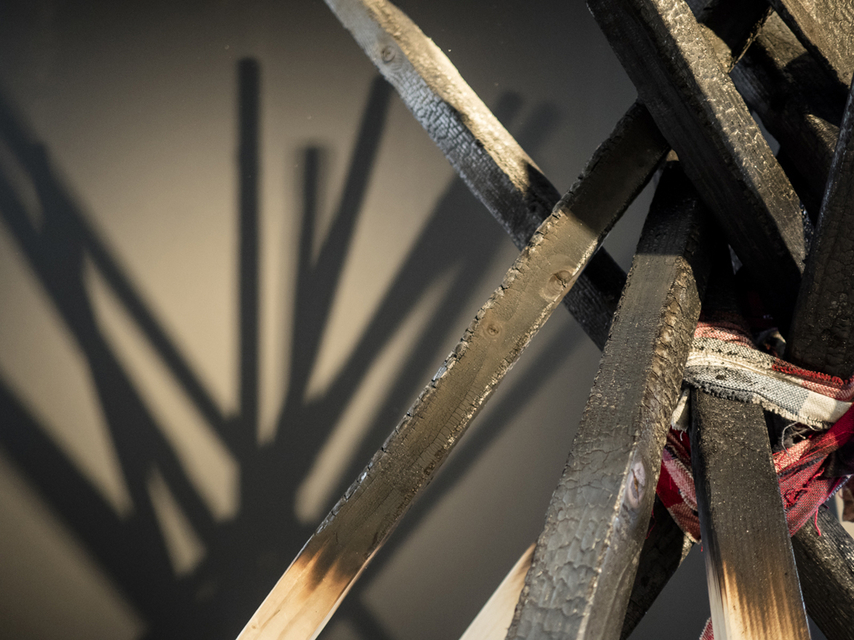 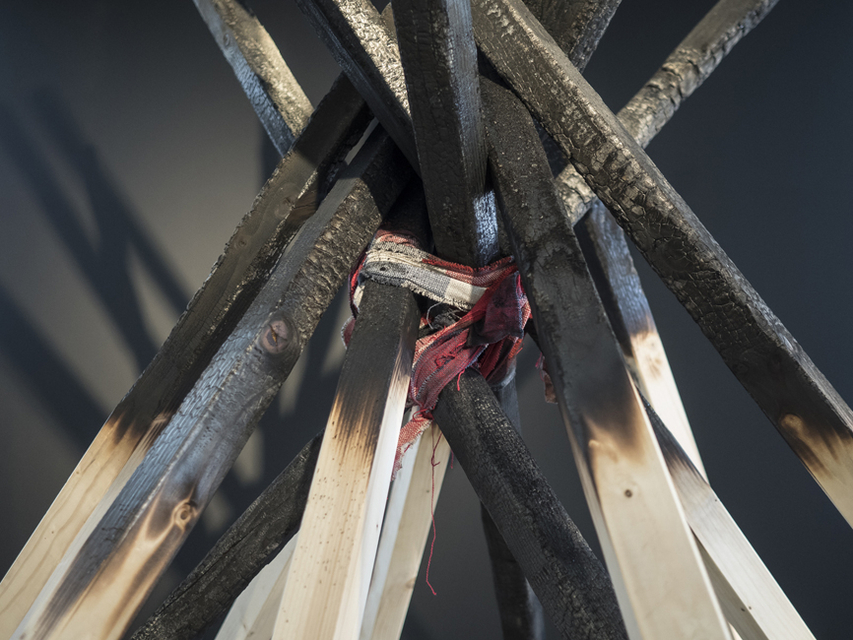