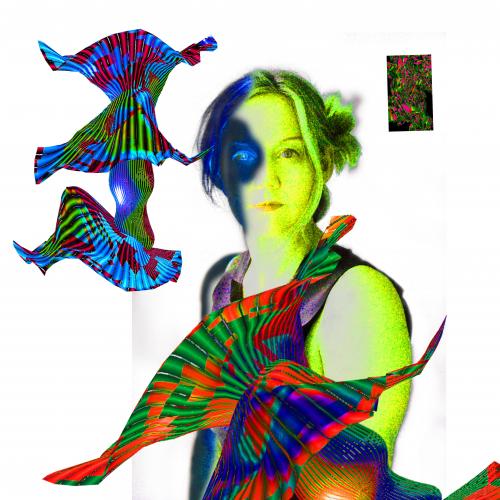 Pia Myrvold was born in Norway and has lived in Paris since 1992. An autodidact artist and designer, she has worked professionally since 1980, when she established herself first as a painter with important exhibitions in Norway, and later with interdisciplinary projects in the realms of textile sculptures, video, performance, theatre, urban planning, interior design, fashion, and architecture.

Myrvold work with textile started in her childhood, and through her work experience as a professional artist, she has worked and developed with various techniques of textile creation, from weaving, knitting, silk screen printing, application and quilting, transfer print, intelligent textiles. 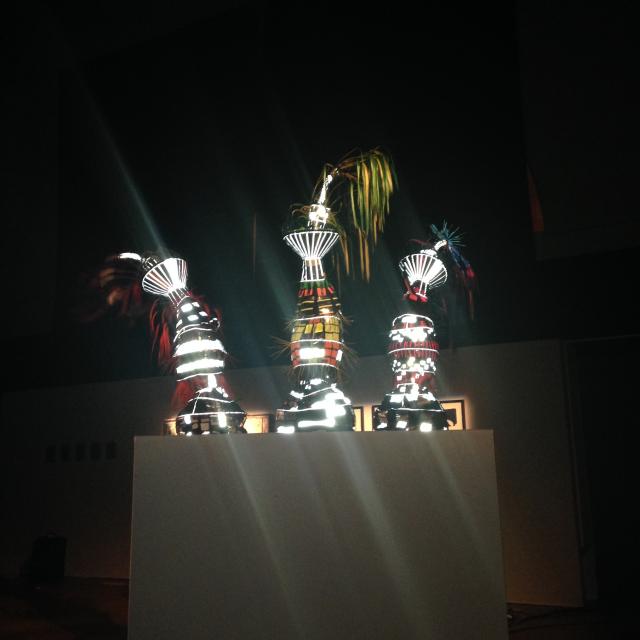 The Sumerians on Holiday

The title The Sumerians on Holiday, is in reference to the culture and early scripts and images of the Sumerians, with some historians dating from 10 000 to 300 000 years old. The scripts, talks of aliens visiting earth, introducing advanced technology, cloning, and manipulations of the DNA, among many other familiar mythical stories, such as The Garden of Eden. The Sumerians are credited with inventing the future, the model and aspects of all modern civilizations.

MYrvoLD takes this ancient reference to coincide with our modern-day world, with rapid technological advances in science, biotechnology, cybernetics, artificial intelligence and the continued explorations in space, with the eternal dualism found in religious as well as in popular entertainment, movies, and games.

MYrvoLD will in 2020 celebrate 40 years as an artist and 25 years as a designer.
Her expertise in the arts is unique, as a pioneer in digital media, she has created
wearable technology, Haute couture for robots, smart sculptures that react to the environment, immersive and interactive installations, and her field included architecture, design, fashion, art, choreography, Virtual Reality, music, and interface design.

The collection will explore new techniques and target an experimental and investigative opportunity in the modern silhouette, not in relation to ordinary use or rational production of fashion, but as an art form equal to painting and sculpture, the eye is challenged in a sensual experience where a vector of information gives context to our present reality, past and future.

MYrvoLD who has been a pioneer in the fashion world with new textile expressions, new production techniques, and production models, with 10 years of innovative research on the French Federation Fashion week, 1993-2003, returns to the medium after 15 years of focus as a pioneer in new media art. This time she will work under the definition of Haute Couture, a pure artistic expression that challenges the medium and perception of the medium with a total transformation for the media's expectations.

Besides a tribute to color, textile pattern, volume, cut, styling and movement of the human form and the ephemeral logic of Haute Couture, it is Pia MYrvoLD's intention to create an articulated art expression with a genetic DNA of freedom, humor, and humanism through these references.

The presentation of the outfits will be the traditional catwalk, with elements of dance and acrobatics, MYrvoLD will as usual stand behind choreography, sound and video scenery reflecting the universe and related artworks MYrvoLD is working on in the various media she is known for.

When the production is finished, it will also be produced as a VR presentation in a separate VR film production. 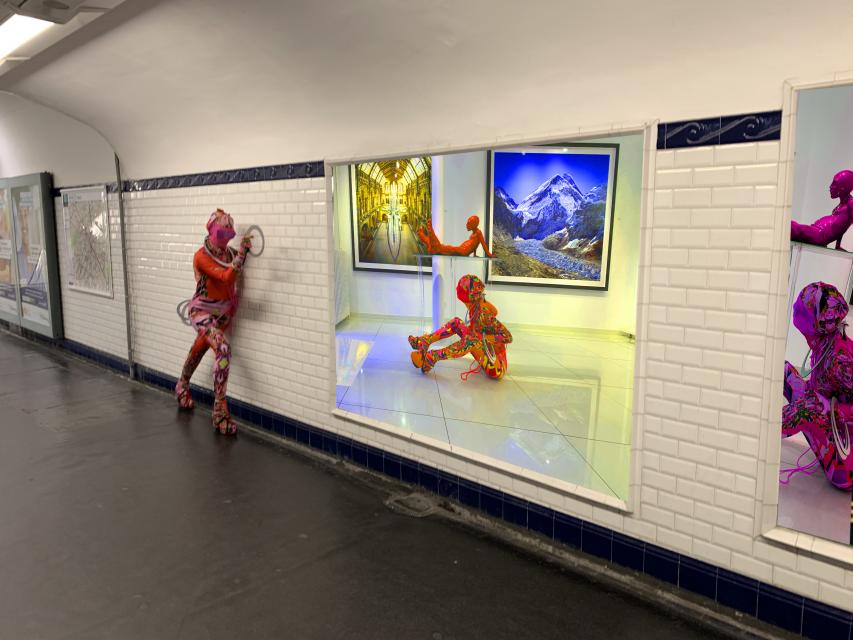 Performance with The Sumerians on Holiday, Paris Metro February 2020 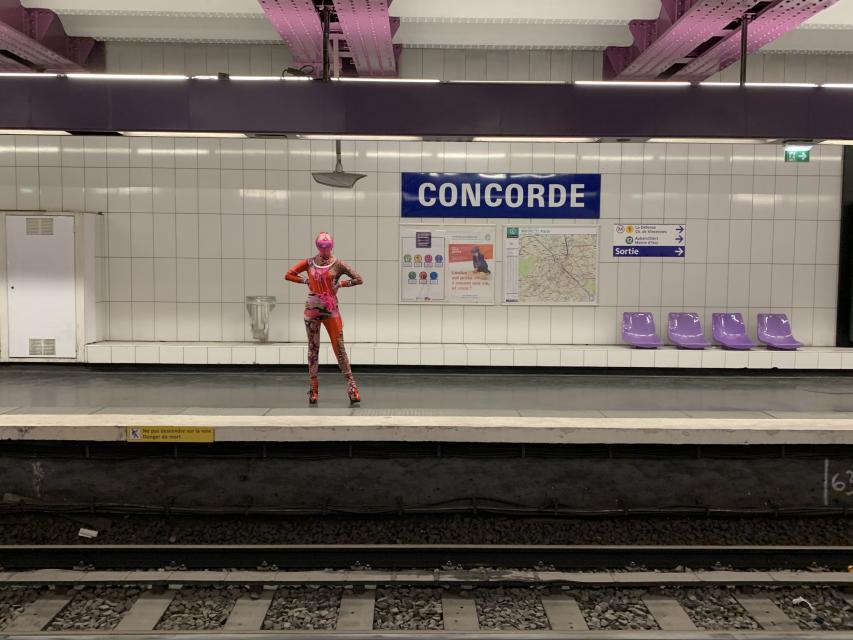 Performance  with The Sumerians on Holiday, Paris Metro February 2020 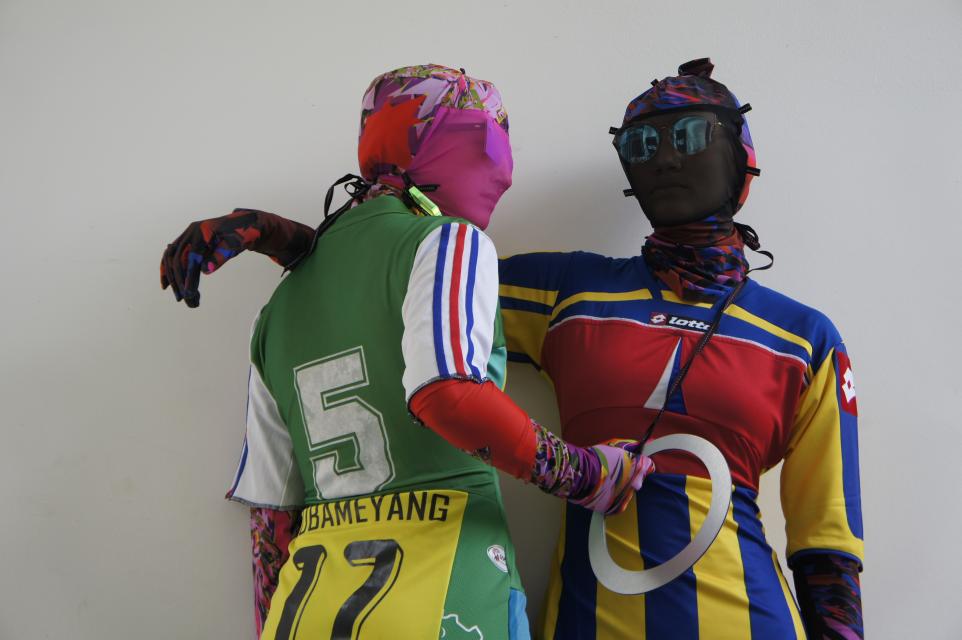 Performance  with The Sumerians on Holiday,  as fashion models for collection Sports Identity, 2019 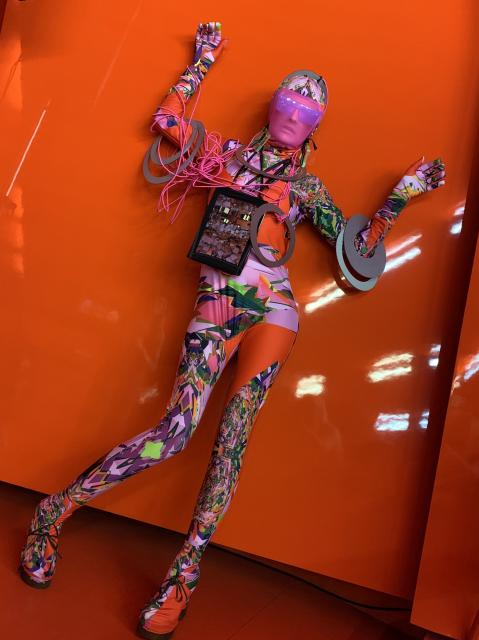 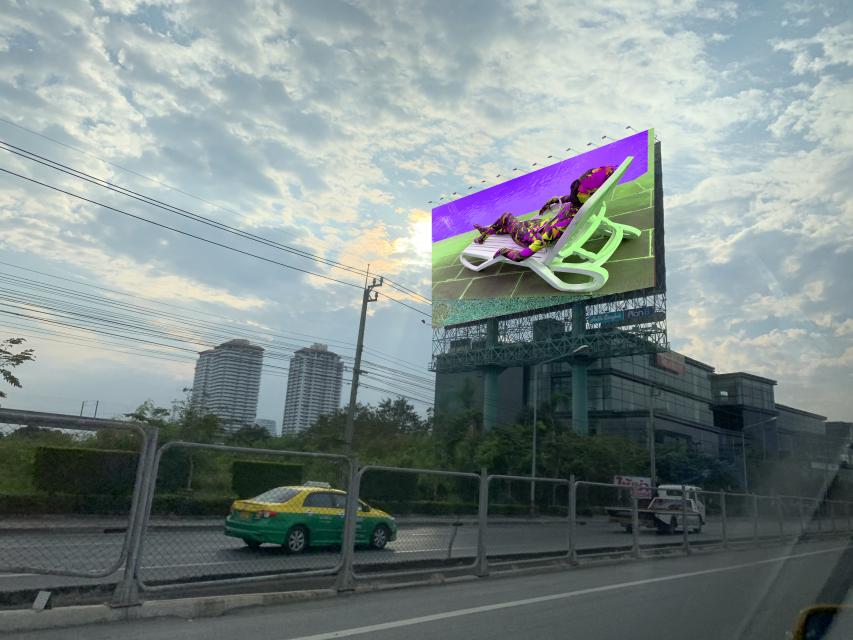 Performance with The Sumerians on Holiday,  Holiday Postcards on billboards in Bangkok, December 2019